Review: How My Light Is Spent, Royal Exchange 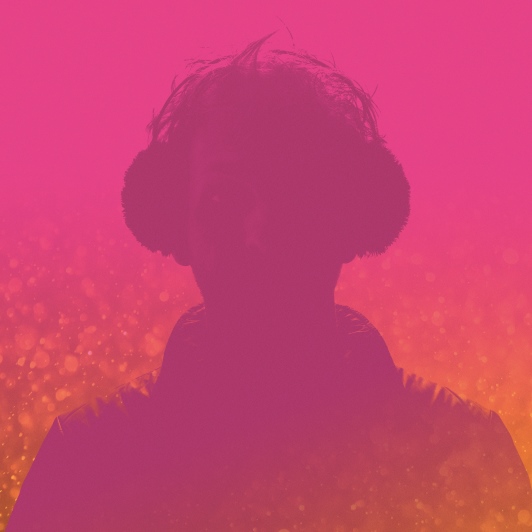 How My Light Is Spent by Alan Harris

NB: This was a relaxed performance.

Newport, South Wales. Two individuals sit with their backs to each other on a raised rectangular podium. A recording of a phone conversation is played: a man declaring his hands have disappeared. In unison, the two raise their hands to the light. Begin.

Meet Jimmy. Jimmy is a 34 year old man who lives with his mother, has a kid he hasn’t seen in 4 years, works at a doughnut drive through, hasn’t had sex in a long time and so calls Kitty every evening at 7.30pm for 9 minutes of phone sex.

How My Light Is Spent is an honest, funny and bizarre exploration of unemployment, loneliness, sex work and the search for meaning. Part narrated, part performed in the moment, this hilarious tale charts the gradual disappearance of Jimmy’s body. Somewhat of a modern version of H G Wells’ science fiction novella, The Invisible Man, this play gives us soft sci-fi and a compelling journey through the realm of relationships.

Set to a palette of Spandau Ballet, Phil Collins and Maroon 5, some welsh accents and a dash of received pronunciation, our ears very much lead the way in this performance. The stripped back set (which I feel resembles Newport Bridge by night) allows us to focus solely on the two performers. Rhodri Meilir and Alexandria Riley both express their undeniable talent in delivering a multitude of characters, each with their own quirks and emotional truths. They are able to make us laugh and almost cry in the moments experienced by both Jimmy and Kitty.

Whilst this play has a lighthearted feel, it touches on some very important conversations: the state of unemployment and perceptions of sex work. When Jimmy goes to the job centre, if you yourself have ever been to sign on you know exactly how he feels. We’ve all had a Michelle who’s not particularly bothered about your experiences or your aspirations and she really just wants to get you away from her desk so she can admire both sides of her hand for a little longer. Rhodri expresses the apathy and frustration that fills us in the search for a job and delivers a performance with genuine feeling. Universal Credit has been sewing its seeds all over the country yet oddly it is not outwardly addressed in the theatre that often. Yes, there are many plays that explore unemployment but, very few knuckle down into the under layers of a system that can be ignored by those it does not effect. As we watch Jimmy’s decline post ‘signing on’, we are exposed to a very real reality of Britain’s working class or as Jimmy defines it, ‘no class’. The loss of his job results in a lost of meaning and a sense of inadequacy in within that feeling, he becomes lost – disappearing at an alarming rate.

Speaking of rates, it was refreshing to see a piece of theatre include sex work as a key component without solely perpetuating stereotypes. It cleverly explores the positive and negative language around sex work and also opens a window into the world of different types of sex work. Immediately placing the audience in a phone sex scenario was a good choice on the part of Alan Harris – placing an audience in a setting that is usually private forces us to explore how we feel about this scenario but also to question how we engage and participate in privacy. Kitty is a strong, vibrant and driven character who tries to keep most of her feelings concealed. Alexandria’s performance compels us to route for Kitty and to hope that she truly ends up where she wants to be.

The end of this play was looking as though it was going to be a cheese fest but it surpasses all levels of cheese on toast and delivered a heartfelt and beautiful moment when Jimmy and Kitty found the light of life in each other (it was less cheesy than what I just said, I promise).

Verdict: How My Light is Spent is an honest, funny and original love story set on a welsh bridge. Doughnuts, disappearing body parts, personalised saucers and Newport’s answer to Mona Lisa – a truly wonderful play.